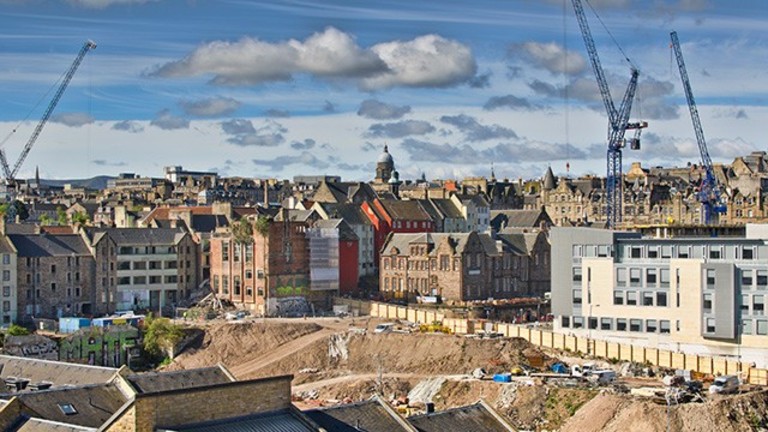 Against a backdrop of political turbulence and uncertainty, The Department for Levelling Up, Housing and Communities (DLUHC) in collaboration with One Public Estate (OPE), has announced that the Brownfield Land Release Fund 2 is open, giving Councils the opportunity to bid for a segment of the £180 million pot.

Much like Round 1 (April 2021), the fund’s intention is to help remediate disused urban areas, allowing for the provision of much-needed new homes. It is estimated that the fund will help to fund 17,600 new homes, as well as creating over 54,000 jobs over a four-year period.

Initially, £40 million of the pot will be available to support local regeneration projects, providing the opportunity for around 4,000 new homes. The money itself will fund small-scale infrastructure and remediation works on Council-owned sites for residential development. The land proposed must show some form of market failure and the BLRF capital funding can be invested into remediation, new access, and demolition. Following this first segment, the remaining £140 million of the BLRF2 will be made available to Councils over the next two years.

Brownfield Land Release Fund 1 was widely successful, delivering £77 million in the provision of 7,750 homes around the UK. Continuum were successful in securing £1.1 million for Chorley Borough Council, in the unlocking of Bengal Street to provide 86 dwellings, including 26 affordable apartments. This was the highest amount of funding secured in the Lancashire region.

Continuum were also successful in obtaining funding totaling £7.7 million from the Brownfield Housing Fund on behalf Tameside Metropolitan Borough Council for a range of different sites.

The fund weaves directly into the government’s rhetoric surrounding Levelling Up the UK, despite Local Authorities still awaiting the heavily delayed Levelling Up Fund portal to go online.

If you would like to discuss BLRF2 in further detail or have any sites that you think would meet the criteria as set out please get in touch with Steve Bird, Chris Gardner or Alice Loizides.

The BRLF2 deadline for applications is midnight, 19th August 2022.