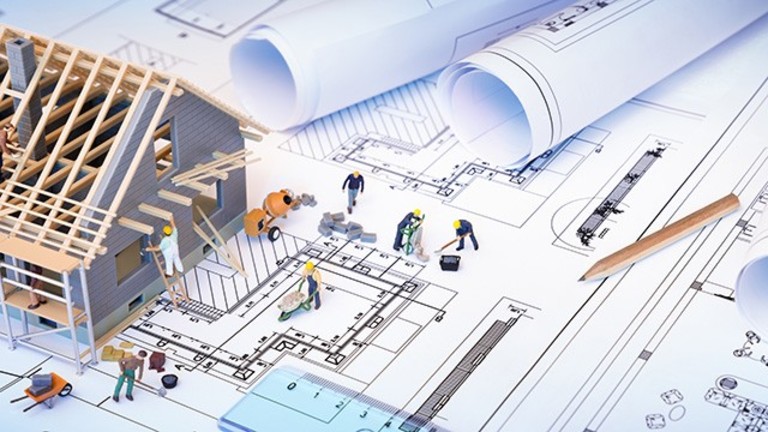 Back in May the Levelling Up & Regeneration Bill (LURB) was published by the Department of Levelling Up, Housing and Communities (DLUHC) and the new Infrastructure Levy (IL) was introduced. Originally envisaged in 2020’s housing White Paper to be nationally set, will now be implemented locally, much akin to CIL. The LURB heaps praise on the IL stating it will be simple, non-negotiable and locally set to developers pay their fair share.

Why is it different from CIL?

This focuses on how it will be set and applied. The Levy will be charged on the value of the property when it is sold rather than on predicted values prior to construction. The amount payable will be a percentage of GDV, over a locally set threshold, rather than a charge on floorspace (£ per sq m). This creates more questions than the answers it provides, how will the threshold be set? What percentage of GDV would be typically required?

Unlike CIL, the IL will be mandatory, which is considered to give it the opportunity to achieve much greater returns when compared to CIL.

Planning permissions granted before the introduction of IL will continue to be subject to their CIL and section 106 requirements with no change.

S106 agreements will remain, though predominantly for larger, strategic sites. In these instances, infrastructure will be provided in-kind and the ability to negotiate will remain. The key concept being a guarantee that the value of what is agreed through negotiation will be no less than will be paid through the IL.

How is the threshold be set?

As with CIL and affordable housing policies, Councils will set the threshold through the implementation of a charging schedule which will be required to go through a process of examination and be supported by viability testing as .

The lack of flexibility proposed by the IL would require larger viability buffers to be in built within the threshold as there is no reference to negotiation in what has been proposed.

The rigid mechanism that is CIL, and the lack of ability to update an adopted charging schedule, can lead to certain locations identified for regeneration generating small amounts (even zero) of infrastructure funding. An example of this is in Old Trafford, where a CIL charge of £0 has helped to catalyse transformative change, that transformative change has now happened but CIL has not caught up, thus the Council is left short changed. The lack of flexibility in the proposed IL mechanism may lead to further situations where alike to this.

Local Authorities rarely update CIL charging schedules, our recent research has found that only 11 LPAs out of 171 (6.43%) that have adopted CIL, have ever reviewed, or updated their charging schedule. 5 of these LPAs were located in Greater London.

On average Council’s first adopted CIL charging schedules in 2015, on this basis the majority of schedules are at least 7 years old, out of date and could be considered not fit for purpose. IL inflexibility will cause the exact same issue as CIL has, but now will also affect affordable housing (which is not included in CIL).

When will the IL be adopted?

Of the 333 LPAs in England roughly half have adopted a CIL charging schedule, with a far greater proportion being southern Councils, particularly London Boroughs, as is shown by the below table.

With the IL proposed to be mandatory the Government are hoping to force the hand of LPAs with regard to adoption, the Levy will be implemented through a ‘test and learn’ approach. To be rolled out nationally over several years, to allow for monitoring and evaluation, in order to design the most effective system possible.

Proposed measures to speed up adoption of IL

The Secretary of State is able to appoint external consultants to prepare and issue charging schedules on behalf of the charging authority, with the costs of doing so, being borne on the LPA. How much control LPAs would have in the process are unknown and could mean a one-size fit all approach, not taking into complexities of the local market being followed.

How will Affordable Housing be delivered?

Currently S106 agreements control the delivery of Affordable Housing, requiring, in most cases, it to be provided onsite. Registered Providers are then given the ability to purchase these units from developers at a discount to open market value.

In exceptional circumstances, LPAs can accept financial commuted sums in-lieu of onsite provision. Typically, the monetary benefit is not equivalent to the costs of delivering onsite affordable housing, with an average ratio of 1 to 3, meaning on average a commuted sum only covers a third of the cost to deliver an affordable house.

Are there any positives of the new IL? It will be based on a percentage of GDV at the end of the projects, which means it will capture the growth in housing values over the development period, as with overage mechanisms included in S106 agreements. The removal of negotiation should speed up the viability process increasing housing delivery. Permitted development schemes will be required to contribute to the IL, currently they are exempt from CIL and S106 contributions, increasing the potential revenue the IL could achieve.

There are many unanswered questions following the announcement of CIL. How will development land with IL be valued? Given the Levy will be charged when the property is sold, valuation will need to project forward sales values in order to understand the impact of IL.

Will RP led schemes be required to contribute towards to the IL?

How will vacant brownfield land be treated especially with Vacant Building Credits?

How easy will it be to amend IL charging rates to account for market change and growth?